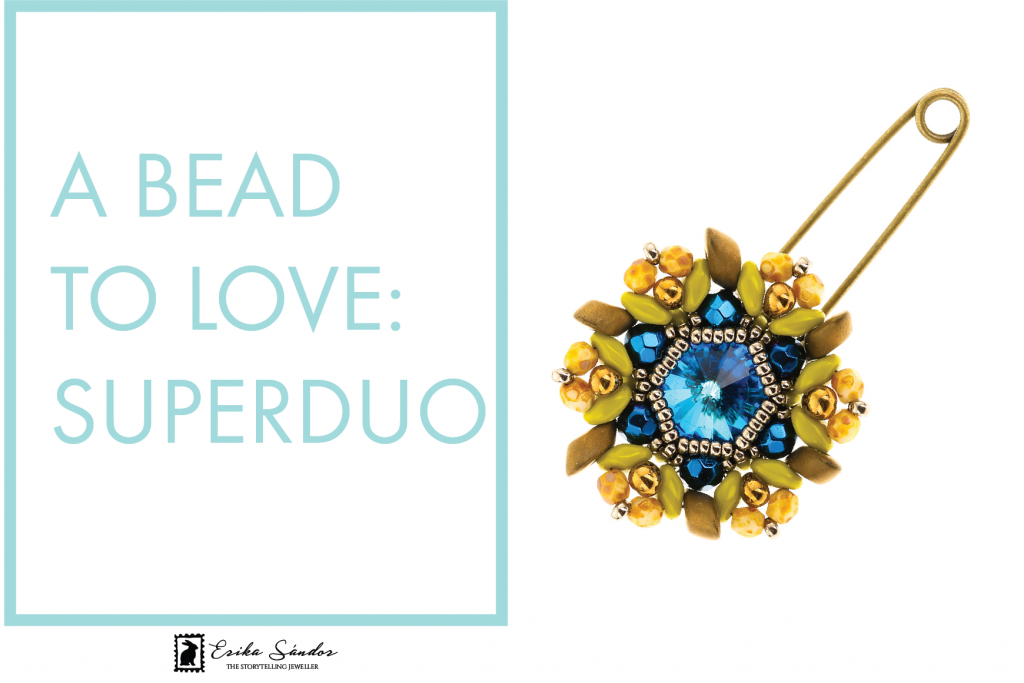 When I started to get serious about beading (It happened in 2009 while I was preparing for my final exams at the university, and I needed a hobby to release tension.), there was a very limited number of bead shapes available. There were round seed beads, triangular, cubic and hexagonal ones (which never became widely used except of the designs of Zsuzsa Veres – Vezsuzsi), than fire polished beads, Swarovski Elements bicones and rounds and some pressed beads. I think finding the perfect bead to fill a gap was a lot harder that times.

But as our job get seemingly easier as years passed and new bead shapes emerged,

I think this form of art was also evolving, and designs got a lot more complex over the time.

Nowadays bead artists have to work a lot harder to really stand out.

One thing which we couldn’t even imagine back in 2009 was a bead with two holes. Three years later the first beads of this kind were born: Twin beads manufactured in the Czech Republic and shortly after them Superduos coming from the same country. The first ones are definitely cheaper, but not uniform in size. Superduos on the other hand are a real treasure to work with! Both of these are oval shaped, but Superduos have a more “elegant” look I think. Thanks to the thinner ends they wonderfully fit together, and the 0.8 mm holes at the ends make it possible to stitch trough them more times. There are hundreds of colours availabla now, and even two “siblings” were born: the SuperUnos, which are of the same shape and size but only with one hole, which makes them prefect to use on the edge of a bracelet, and MiniDuoes, which are smaller. While the original Superduos are 2.5 x 5 mm big, the little ones are of 2 x 4 mm.

Since than dozens of new bead shapes were invented. Some of them are still around and some of them got quickly forgotten. Superduos are one of the most populars,  think. There are hundreds of projects using these beads and now I would like to show you some from the Storytelling Studio and also from my fellow Beadsmith Inspiration Squad designers.

(Click on the images to get more information about the projects.) 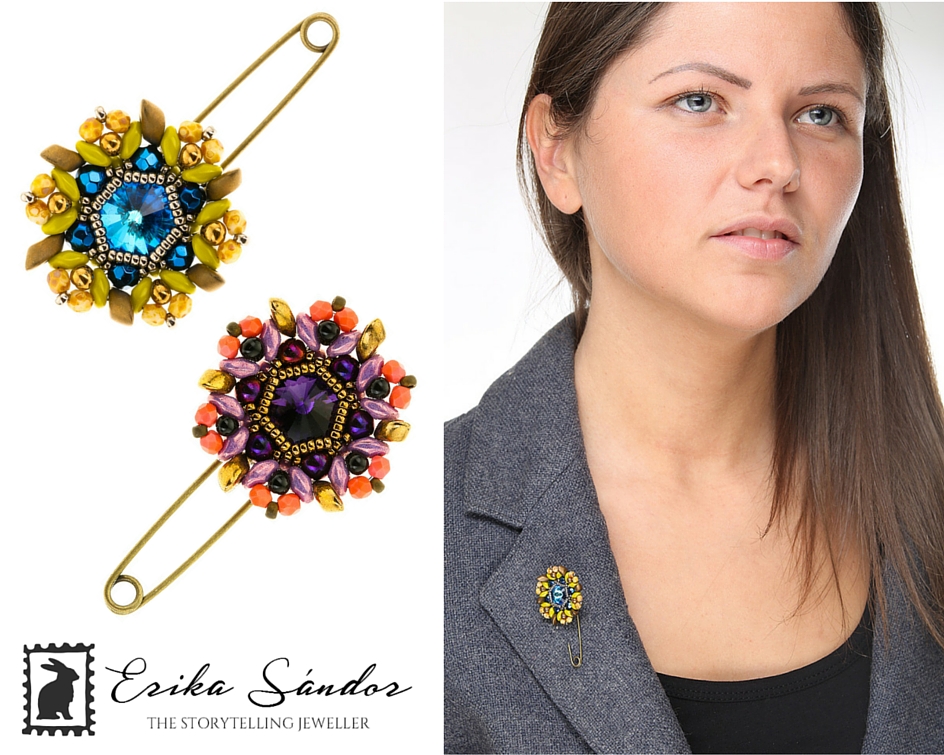 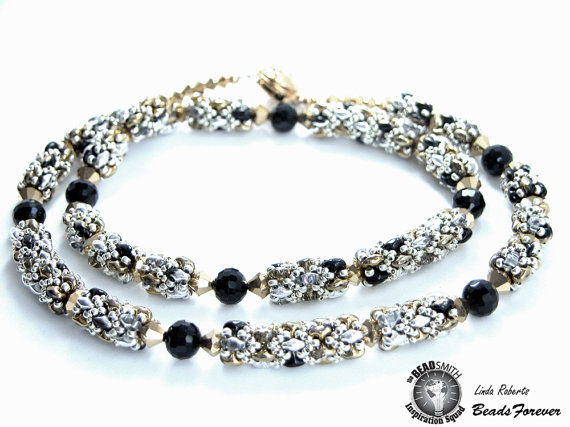 Night Out On The Town – Linda Roberts 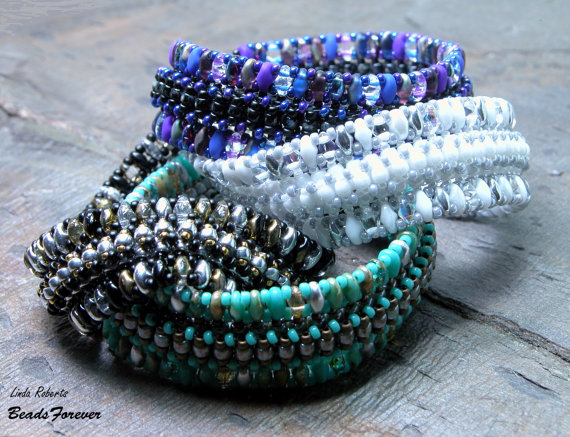 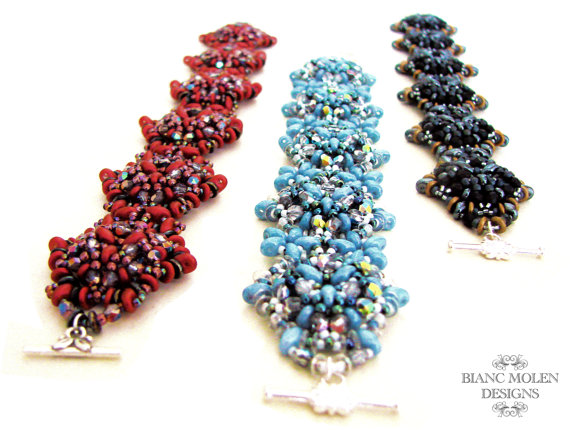 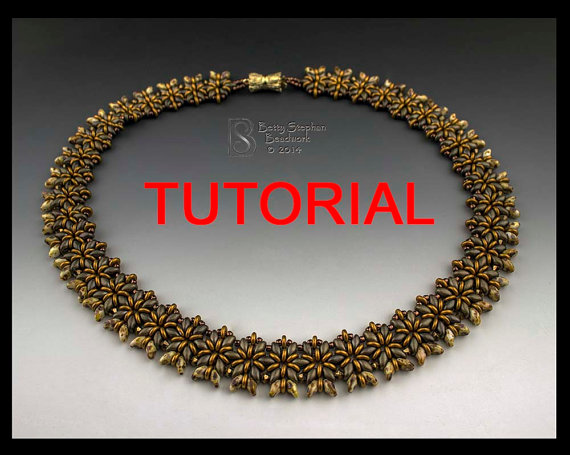 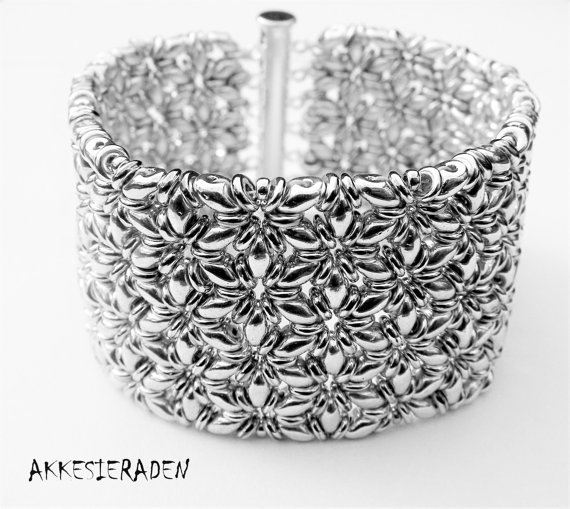 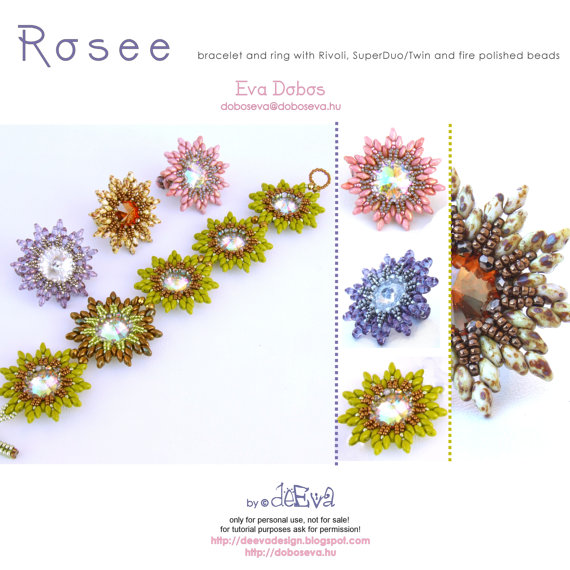 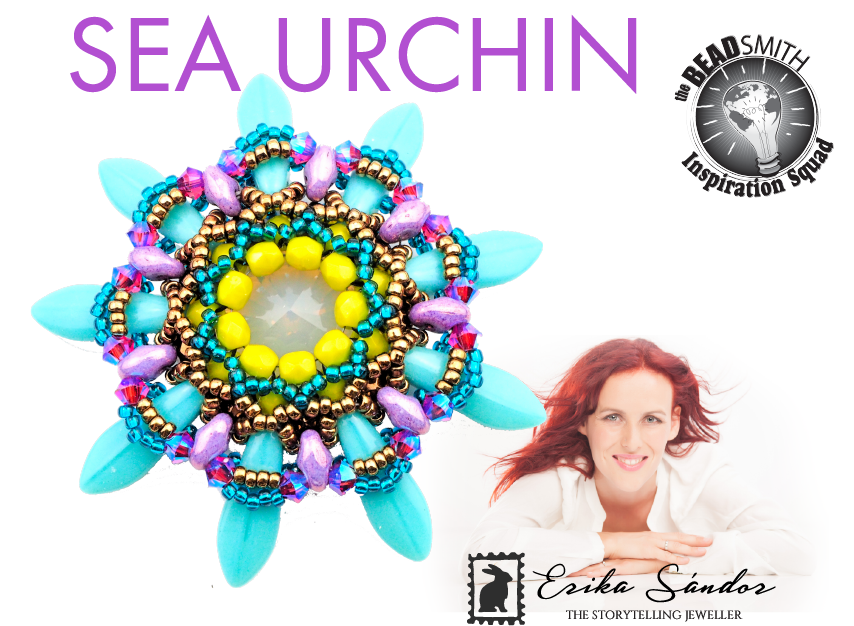 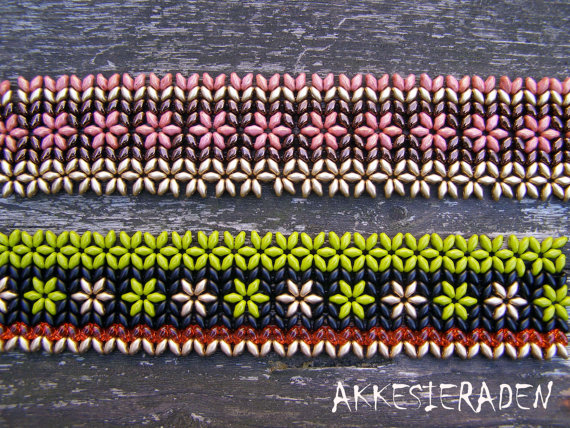 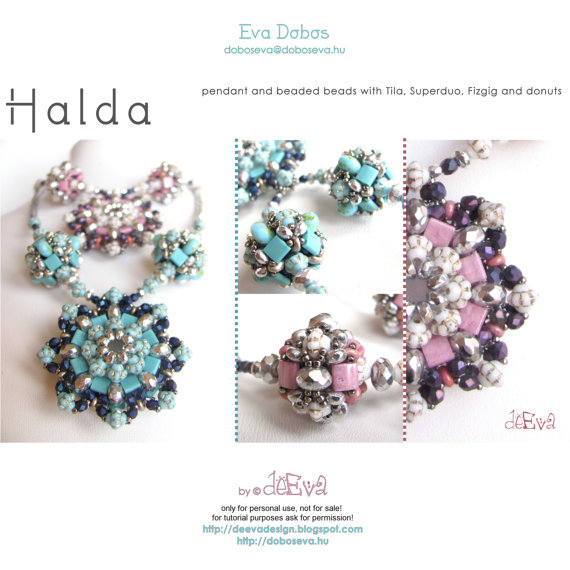 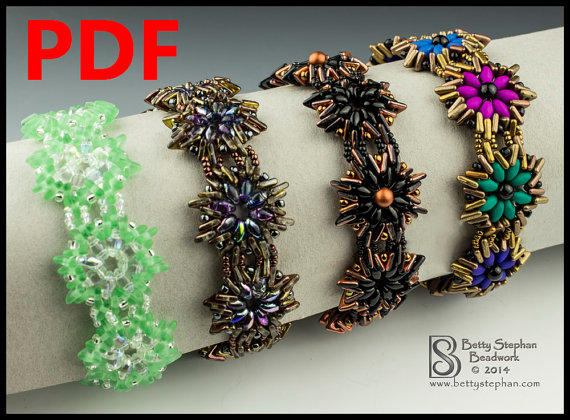 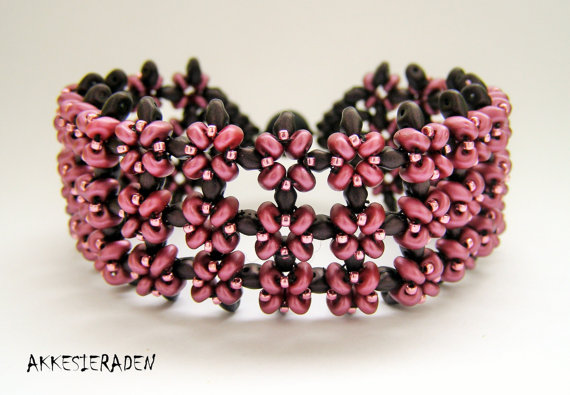 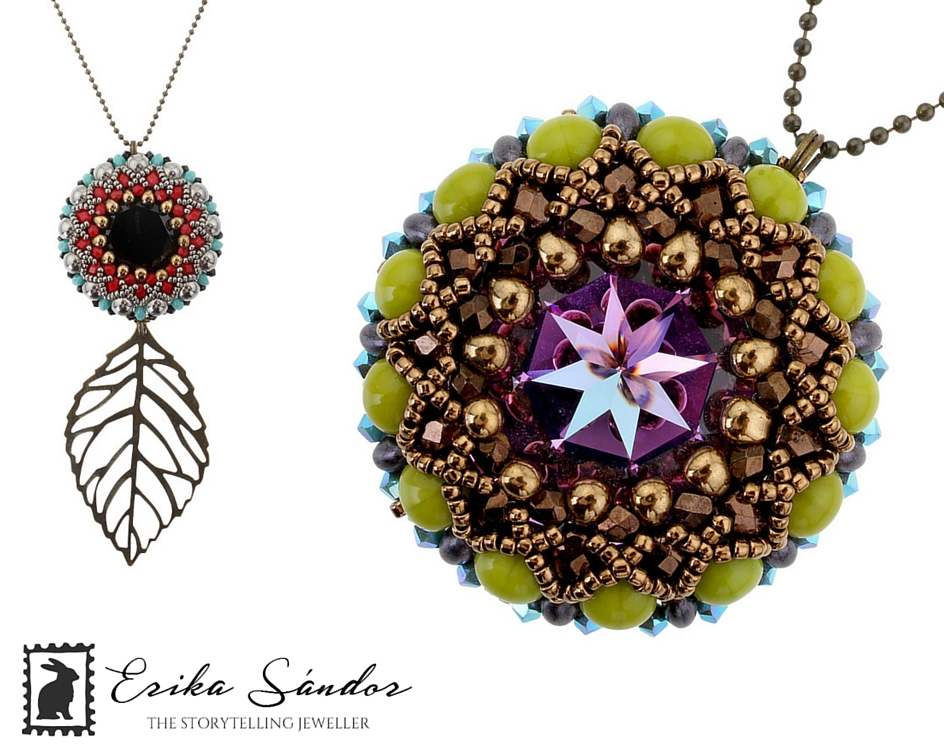 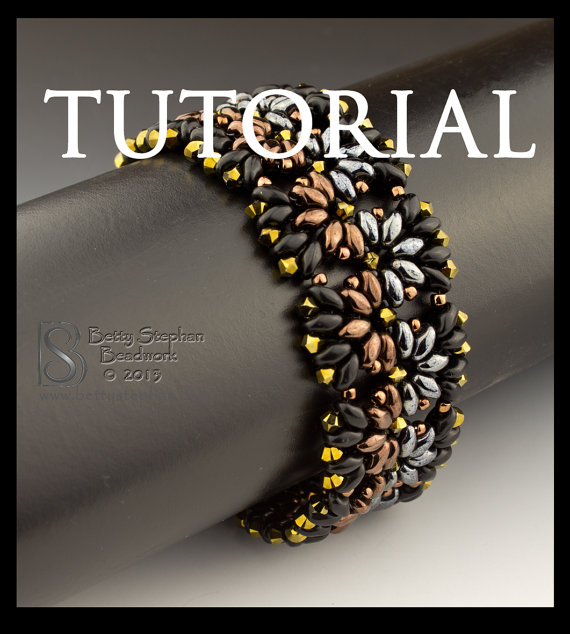 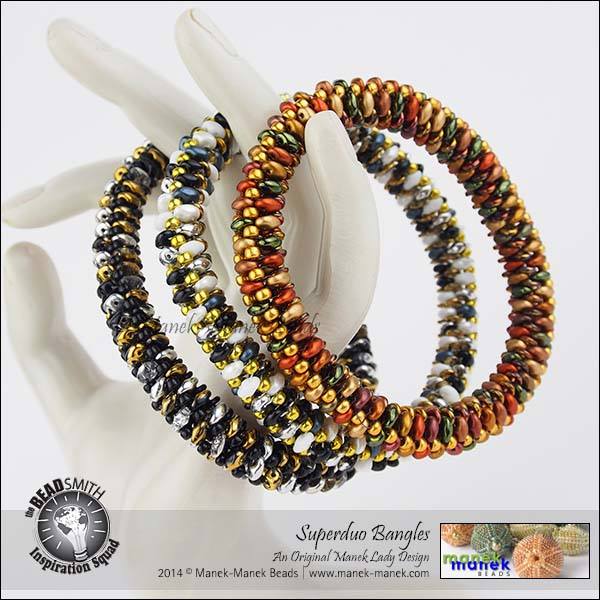 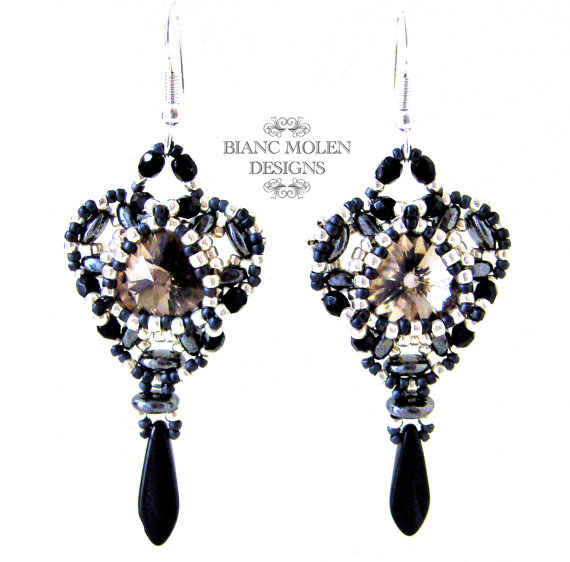 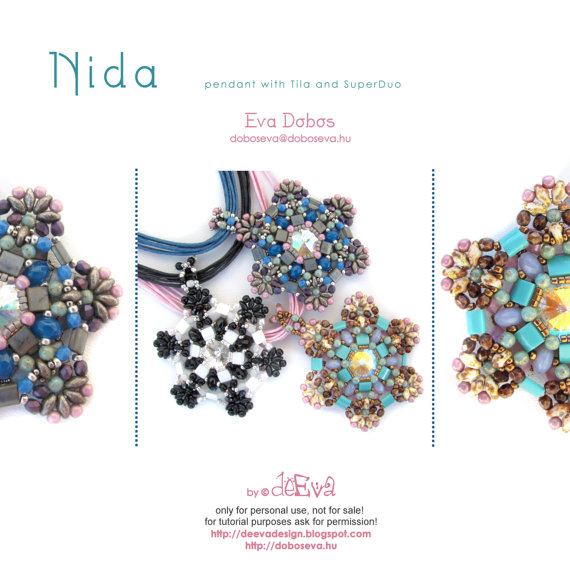 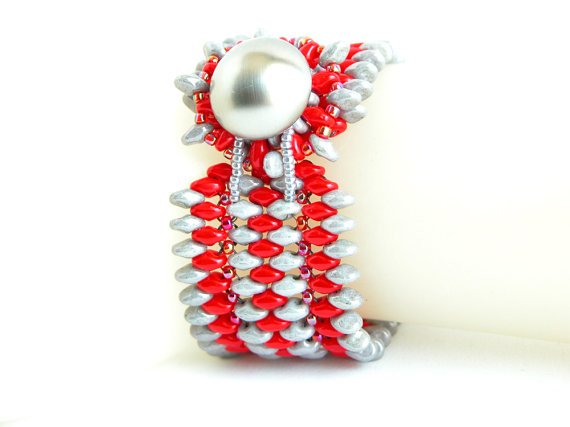 While looking for more great designs with Superduos I also started a Pinterest board, which you can access by clicking here.

Enjoy the tutorials and your beads, dear people, and have an awesome day!
Best wishes,

We use cookies to ensure that we give you the best experience on our website. If you continue to use this site we will assume that you are happy with it.Ok